The Green Man represents man in nature and as such makes a good symbol of the human aspect of rewilding. It has appeared on churches for hundreds of years but was only given a name in Lady Raglan’s Folklore Journal paper in 1939. People have since made wider connections to Jack-in-the-Green of Morris dancing and May Day festivals, the Celtic horned god Cernunnos, Herne the Hunter, and even Robin Hood. So it is both old and relatively new as a concept. Which also applies to the Green Man Festival in Clun.

Clun is a small town in south west Shropshire, either side of the river Clun and linked by a stone bridge built in the 14th century. Every year on the May Day weekend it hosts a festival with live music in the town and a fair on the May field below the castle. On the bridge, a man dressed as the Green Man fights a woman dressed as the Ice Queen to decide whether summer will come to the Clun valley.

I first visited Clun more than 10 years ago, but 2017 is the first time I’ve been to the festival. It’s also the 20th anniversary of the first festival, in 1997, but that’s not advertised. In fact, I only came across its origins online. 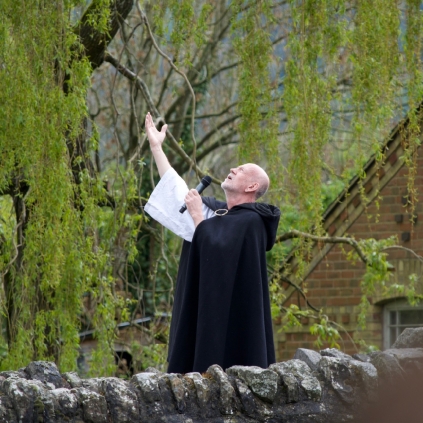 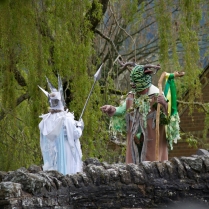 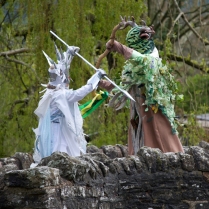