Woodfuel has been in the news the last few days following the government’s announcement about restrictions on selling firewood to domestic users in England. What they’re trying to do is worthwhile, but the proposals raise some issues for owners of small woodlands. I believe there need to be exemptions for people selling less than about 50 cubic metres of firewood per year. Otherwise the regulations will inhibit small woodlands’ role in fighting climate change and attempts to bring half of England’s native woodlands back into management.

DEFRA ran a consultation on this last year and the outcome was published on Friday. The government response document sets out the context and aims:

Burning wet wood can result in at least twice the amount of smoke emissions than that produced when seasoned or dry wood is burned. … We want to reduce the use of wet wood without preventing people seasoning wet wood at home. Wood sold in smaller quantities is more likely to be used immediately, ie without being dried at home. We proposed to limit the sales of wood sold in smaller sizes of packaging to dry wood only. … We intend to take forward our proposal for a mandatory certification scheme demonstrating that wood sold in volumes under 2m³ is dry (less than 20% moisture). We intend that this will apply from one year from publication of the government response. From this time, sales of wet wood in volumes under 2m³ will be prohibited.

The impact assessment document goes into a lot of detail in its attempt to justify the specifics of the proposals :

(preferred option) – regulating the sale, distribution and marketing of bituminous coal and wet wood (>20% moisture) when sold in units up to two metres cubed and restrictions on the sale and distribution of high sulphur manufactured solid fuels i.e. fuels with a sulphur content greater than 2%. An information campaign to raise public awareness of highly polluting fuels would be conducted alongside.

Which seems broadly reasonable and justified to me. But then there are details of how they intend to ensure smaller loads are only sold as dry firewood:

57. We estimate the monitoring and compliance costs based on the Ready to Burn scheme, a voluntary industry scheme operated by Woodsure and supported by the Government that promotes the sale of dry wood. The intention under the legislation is that this scheme would become mandatory for all suppliers of wood in volumes under 2m3 to demonstrate compliance. Woodsure have provided Defra with data and information on their fee structure, the scheme’s operational costs and the likely size of the market. We assume the charging structures remain unchanged with a similar scheme expanded as a result of the legislation.

I’ve bolded the part I’m worried about. The proposal is to make membership of Woodsure, the only woodfuel quality assurance scheme, compulsory for anyone selling firewood in loads of less than 2m³, no matter how little they sell (one bag a year?) or who to (just your granny?) It gets worse when you look at the cost of the Woodsure “Ready to Burn” scheme:  £507.60 for the first year then £385.20 every year after that. That’s the minimum. If you sell more than 400m³ per year (which is quite a lot), then you have to pay them a percentage. The big operators are paying them thousands of pounds per year.

So imagine you own a small woodland, and you harvest firewood and diligently season it for a year or two to get the moisture down below 20%. You bring it home and burn it in a modern woodstove, following all the rules. So far so good. But if your in-laws buy a woodstove too and buy some of your firewood, you’re suddenly a criminal unless you fork out £385.20 per year. That’s a strong incentive not to bother, and for your in-laws to just turn the gas central heating up rather than burning carbon neutral woodfuel. It’s also a strong incentive not to eat into the turnover of all those big operations which are already paying Woodsure Ltd thousands and thousands of pounds a year…

The impact assessment document estimates the cost of participating in Woodsure across the industry to be well above £10 million but does not apply this to individual small operators. We know the figure though, which the government believes will be unchanged: £507.60 and then £385.20 per year. The impact assessment also estimates the cost to the operator of filling in all the forms, preparing for inspections by Woodsure auditors etc:

And then Woodsure require operators to take out public liability insurance for the wood they sell.

All in all, we are talking the best part of £1000 for my example small wood owners who just wants to start selling firewood to their in-laws, and then annual costs of at least half that to keep doing it.

I’ve written before about small woodlands being the long tail of forestry. Half of English broadleaf woodland is in the form of woodlands of 20 hectares or less, and broadleaf woodland is the most important source of firewood. The only way to bring those small woodlands into management is by creating a favourable legal and economic environment to encourage and enable owners themselves, rather than any initiatives run from central government or the Forestry Commission. Firewood is one of the easiest wood products to produce and sell, and the need to move towards renewable, carbon neutral fuels is staring us in the face. But these proposals look likely to price half the natively wooded acres of England out of that market with expensive red tape.

So my proposal is that there should be a threshold before membership of a certification scheme is required.

How to set the threshold?

First let’s take the UK Woodland Assurance Standard. This is the standard used by the Forestry Commission as a requirement for obtaining grants and against which approved management plans are judged. In Version 4, some requirements are relaxed for small woodlands of 10 hectares or less. So let’s use that figure of 10 hectares (~25 acres) as “a small woodland”.

Forestry Research has a practice note from 2009 “Establishment and Management of Broadleaved Coppice Plantations for energy”. It gives estimates of between 1 and 6 “oven dried tonnes” of firewood per hectare per year from broadleaf coppice averaged over the cycle of rotation. For short rotation coppice of poplar or willow, several times this is possible. Let’s take a conservative broadleaf figure of 2 dry tonnes per hectare per year. So our 10 hectare small woodland can produce 20 tonnes per year. Taking a conservative figure for the density of split logs, that gives 40 cubic metres of dry firewood per year.

Table 4 of the impact analysis gives a retail price of £387/tonne for dry firewood, giving £7740 gross income from our 10 hectare small wood. In the first year, more than 10% of that will now have to go on red tape, and it’s still above 5% in subsequent years.  Remember, that is not the reasonable cost of ensuring firewood is sold with moisture content below 20%. That’s just the cost of filling in forms and paying registration fees.

I suppose those costs might be described as onerous rather than crippling. They quickly become crippling for even smaller woods, and so perhaps 40 or 50 cubic metres per year might be a reasonable threshold below which to exempt people from joining Woodsure. At those levels of operation, a certification and auditing scheme would be easy to circumvent anyway: here’s a sample log I dried in my kitchen oven and I’ve no other fully dried stock in hand at the moment. Enforcement at that level will necessarily rely on catching people red handed at point of sale, and the red tape just wastes the time and money of the honest firewood seller.

Compare this to waste carrier registration. If you decide to throw away the firewood you’ve harvested rather than try to sell it, you also need to register and obey the regulations or face a large fine. But in this case you register directly with DEFRA, and as wood you’ve cut yourself is Low Tier waste, it is entirely free to register and only takes a couple of minutes to do online.

In the rural section of the impact assessment document, there is an attempt to judge the effect this will all have on “small foresters”, defined as producing less than 600 cubic metres per year in the document:

A requirement to season and certify their wood may deter them from selling it in this way; instead they may sell their wood to wood dealers or just let the wood rot on the land. Consumers who currently rely on such products would then lose their source of fuel. Alternatives (switching to gas or electricity, visiting retailers to purchase wood, or arranging for home deliveries of wood) can be limited for typical rural consumers. Furthermore, small foresters will have a reduced revenue and business diversity. On this basis, the Government adjusts its policy by providing small foresters an additional year to come into compliance, in particular to season their wood.

Nowhere is the severity of the impact on the small 10 hectare woods I’ve discussed above. For the small wood owner who just wants to supply their in-laws too, the cost of Woodsure red tape is absurd. People will just not bother, or they will ignore the law, bringing the whole system and its worthy aims into disrepute.

The government needs to rethink the impact of these proposals on the small woodland owner. We might be small but there are a lot of us, and our acres are the majority of English broadleaved woodland. 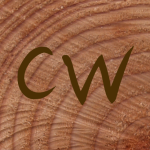